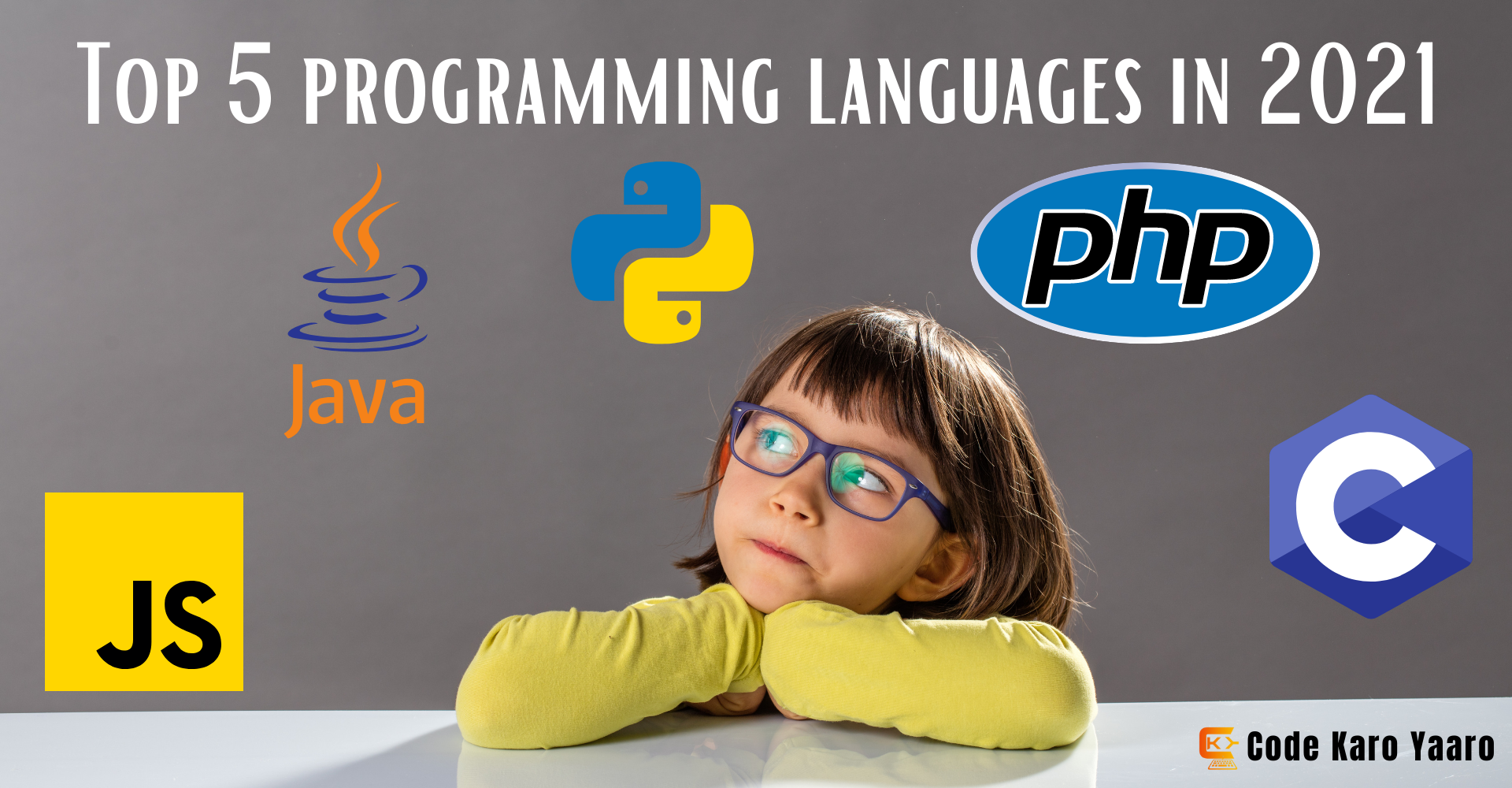 Language is an essential feature of software development. Learning any language is not an easy task, and it takes lots of effort to learn and implement any programming language to develop software products.

In todays environment, there are tons of programming languages were available but still, you should know which language does what and which language is perfectly soothing for which scenario.
In this blog, I will tell you the top 5 languages you should learn in 2021.

JavaScript is the most loved language by programmers. In todays time, JavaScript has grown its popularity in the developers community.
But why is it so?

● Like it is very handy to use.
● You don need any prior language knowledge of any programming language just need the basics of JavaScript concepts.
● This language simplifies some complex concepts in other languages.
● It is a client-side scripting language that speeding up the execution of the program as it saves time to connect to the server.
● JavaScript also provided some useful libraries that help your project for the front-end as well as the backend process. In the front-end, you have ReactJS, AngularJS and in the back-end, you have NodeJS for server-side scripting. It also has an excellent tech support community so anytime you are stuck somewhere you can easily ask a question there and rectify your doubts.

● Python has become the highest learning programming language in 2020. Python is a minified version of C. If you have prior knowledge of C then it is a piece of cake to learn python.
● Python has become many developers first twice as python provides web assistance in a Django framework. As a student to understand basics of programming you must learn python. In top MNC python developers were in demand.
● In Scientific Research & Development python is used. Top Trending fields like Machine Learning & Artificial Intelligence also uses python as their programming languages. In Data Science python is the primary language.
With all these applications on python in the near future, I think that it will become no.1 in the near future.

The popularity of PHP is based on various factors.● PHP runs on various platforms(Windows, Linux, Unix, Mac OS X, etc).
● PHP provides all manipulations on the database. The most important thing is to encrypt data. It provides a secure platform to pass through the server in an encrypted format.
● There are various frameworks were available for website development like WordPress, CodeIgniter, and Laravel. As a student who wants to start his carrier as a Web Developer and Full Stack Developer PHP is the best choice to begin.

● Java is the most trusted and veteran language in the IT industry. Like C, Java also has a vast following in the IT industry now. But why is it so, in the market but still people use Java as their priority language to start learning?
● As an early student in programming Java is the mother language to learn, it covers all concepts in programming with advanced concepts as well. Java also uses for competitive programming. Most of the top coders use Java as their main language in competitive language.